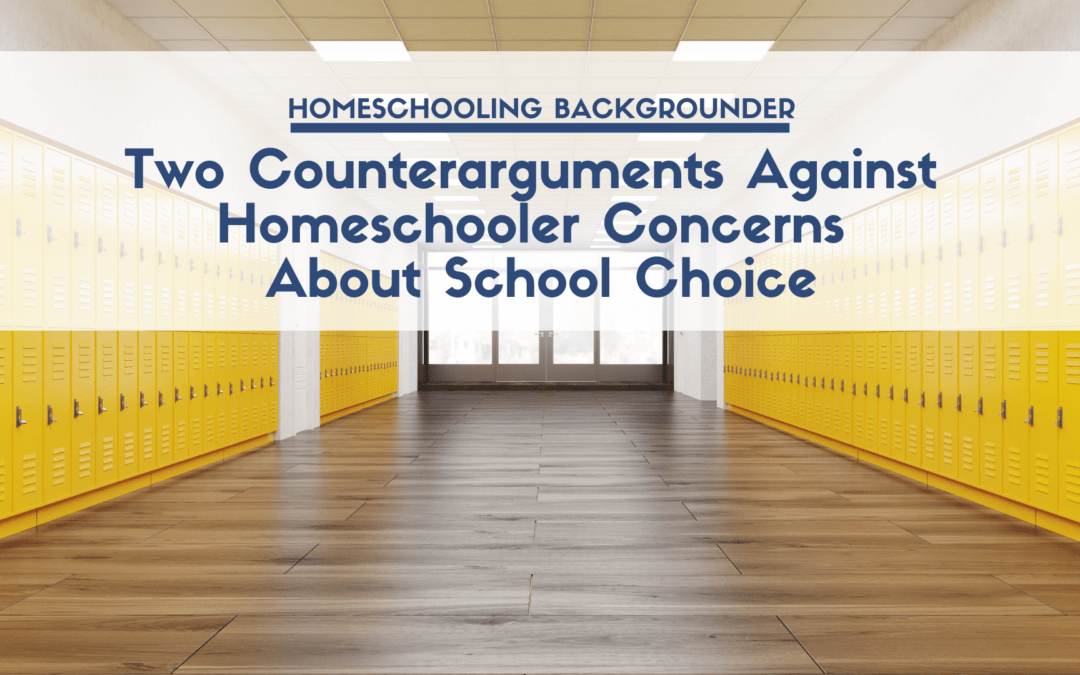 Greg Forster wrote an interesting article about the concerns homeschoolers have with School Choice.

I appreciate the author of this article. He takes head-on the idea that School Choice endangers homeschoolers — a rare occurrence among School Choice advocates.

His two main arguments are:

1) School Choice has never harmed a private school (and by implication would likewise never harm a homeschooler), and

2) Homeschoolers (and private schoolers) need to be part of a politically powerful movement which defends their interests.

“There have been no instances of government taking control of the content of education through [School Choice] programs. None. On the contrary, in every case, protection for the right of educators supported by these programs to teach whatever they want however they want has been resoundingly vindicated both politically and legally.

“Every type of school choice program has the same unblemished track record.”

But here is a disturbing counterexample which illustrates that even though the government may not be directly dictating what should be taught, it can still indirectly cause major changes to course content. The mechanisms in this case are the funding requirements of accreditation, student testing using state-developed tests designed to cover the public school learning objectives, and state-assigned grades (A-F) for participating schools IC 20-51-1-4.7(4), (5) and (7).

Parental Observations Regarding Their Voucher-accepting School

When the US Supreme Court ruled that religious private schools can get vouchers, the Maine Attorney General responded:

“I intend to explore with Governor Mills’ administration and members of the Legislature statutory amendments to address the Court’s decision and ensure that public money is not used to promote discrimination, intolerance, and bigotry.”

He had further comments:

“In Maine, Attorney General Aaron Frey criticized the Supreme Court ruling and said all schools that accept public funds, including religious schools, must abide by the Maine Human Rights Act, which bans discrimination on the basis of race, gender, sexual orientation, ethnicity or disability. That would mean accepting gay and transgender teachers and pupils, he said.”

If the State of Maine has legal authority to impose those requirements on private schools, it certainly has the power to make similar demands for homeschoolers who take government funding. Just fill in the blank with the name of an intrusion you do not want in your homeschool.

Note that these rules are applied before the money is paid out, not after. So parents would have to certify that issue “X” was true in their homeschool (and would remain true during that school year) in order to receive funding. Money received under false pretenses would be confiscated.

“What [homeschoolers and private schools] need most right now is an organized political constituency that is large enough and institutionalized enough and angry enough to fight back. They’re feeling increasingly vulnerable and anxious, because they don’t have that now—except in places that have big school choice programs, where the organizing has already been done, and many thousands more parents are part of non-government education than before choice programs existed.”

We already have just such an organized political constituency in Oregon. Other states do too. It is called the homeschooling community. Oregon homeschoolers have a striking track record of political action to protect our ability to do what is best for our children.

The homeschooling community’s goal is freedom from government control. School Choice is about government funding and ends up inviting regulation. The two are not compatible.