The “No one knows” Logical Fallacy 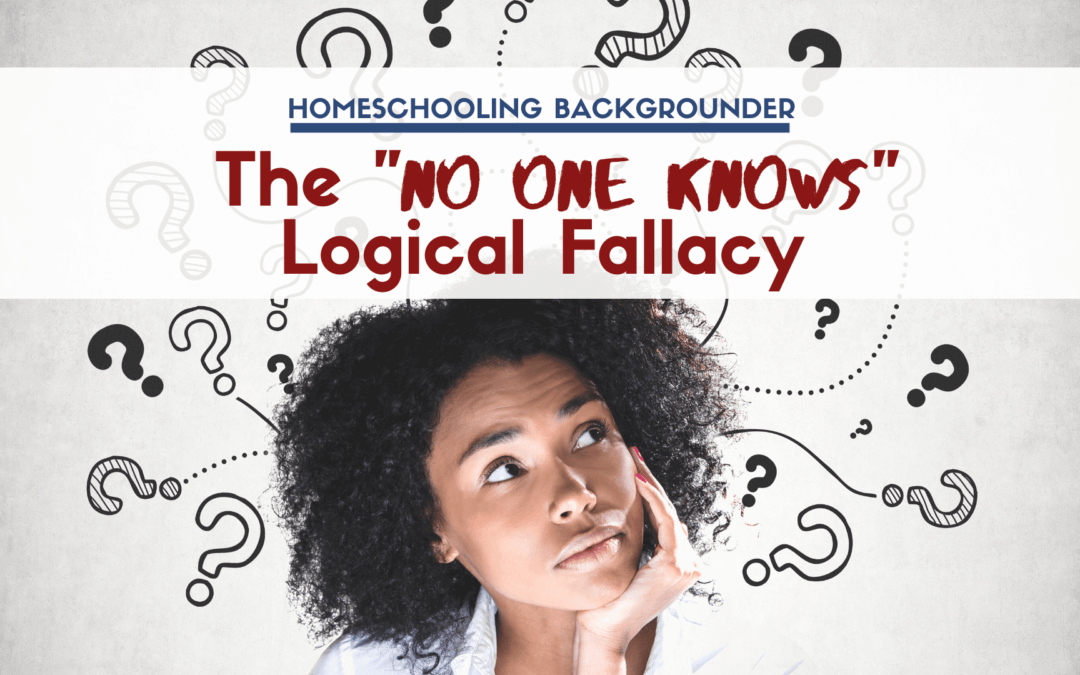 This happens every few years — someone trots out a collection of child abuse horror stories and blames the abuse on the fact that parents were permitted to keep their own children in their own homes without government surveillance….

As is typical of these hit pieces, Llorente employs the “no one knows” logical fallacy: “Because of the lack of oversight in much of the country, experts say, the scope of abuse and neglect among children who are listed as homeschooled is unknown,” she writes.

In other words, no one knows what’s going on in these homes.

No one knows if these parents are beating and starving their children.

No one knows if the family is keeping vicious man-eating tigers in their homes.

No one knows if the children are at risk of being abducted by aliens.

(We could go on ad nauseam, getting more absurd as we go, but you get the idea.)

The number of homeschooled children who are being abused by their parents may be zero or it may be four million — no one knows, so we are expected to assume the worst — with no data whatsoever to back up the scurrilous allegations.

Until homeschooling parents can prove that they’re not abusing their children, it must be assumed, according to these busybodies, that there is something dark and nefarious going on in their homes.

That doesn’t stop critics from employing this silly tactic to make the point that the government needs to step in to monitor families who choose to educate their kids at home….

The government nannies who want to impose draconian regulations on homeschooling families can’t seem to grasp the fact that child abusers are not law-abiding citizens.

If you threaten them with home inspections, they’ll figure out a way to go underground, further endangering at-risk children.

A mother who beats and tortures her children and stuffs them in the freezer is not going to march her kids into the local social services office so they can submit to an interrogation.