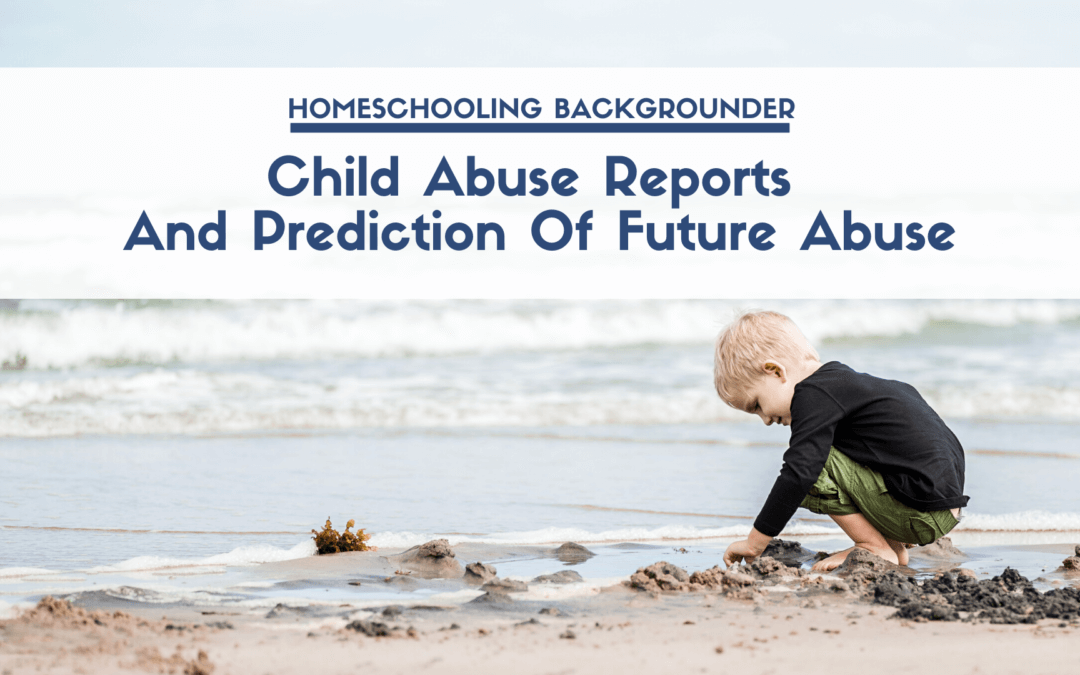 Child abuse reports are commonly used to predict whether or not a particular child will become the victim of child abuse or neglect.

Several years ago there was a bill in the Oregon Legislature that every parent who had a child abuse report turned in against them — substantiated or unsubstantiated — would have to take an approved parenting class. It was a “pilot” program applying to one of the metro areas. That bill was rightly defeated.

The problem is that screened-in child abuse reports are too inaccurate as predictors of actual child abuse.

Screened-in referrals are defined (p. 6) as:

A duplicate count is defined (p. 17) as “Counting a child each time he or she is the subject of a report.”

For FFY 2019, approximately 4.3 (4,255,946) million children (duplicate count) are the subjects of reports (screened-in referrals). A child may be a victim in one report and a nonvictim in another report, and in this analysis, the child is counted both times. A total of 16.7 percent of children are classified as victims with dispositions of substantiated (16.0%) and indicated (0.7%). The remaining children are not determined to be victims or received an alternative response (83.3%).

So if three abuse reports come in on a particular child in one year, that child would have a duplicate count of three reports. Rather than counting the number of children affected, it is how many reports come in that are counted.

16.7 percent of screened-in reports of child abuse or neglect end up after investigation with a disposition of substantiated (16.0 percent) or indicated (0.7 percent).

That means one out of six screened-in abuse reports point to children who are found after investigation to be victims of child abuse or neglect. The other five reports are not associated with findings of abuse or neglect.

They do not add any information about abuse or neglect. Combining the five with the one into a mixture of six reports only manages to contaminate the five and dilute the information value of the one.

Past abuse reports which turned out to be unfounded should not be considered a risk factor that parents will abuse their children in the future. This is because those unfounded reports have no information value about abuse or neglect.

Using reports from the mixture of all child abuse reports (both founded and unfounded) to label parents as having a risk factor for child abuse, gives a false positive rate of 83%. Eighty-three percent are false positives.

All screened-in reports should still be reviewed or investigated. We do not know how any particular report will turn out until after an investigation. That is a legitimate function of Child Protective Services (CPS).

The result of the investigation is what counts, not the allegations.