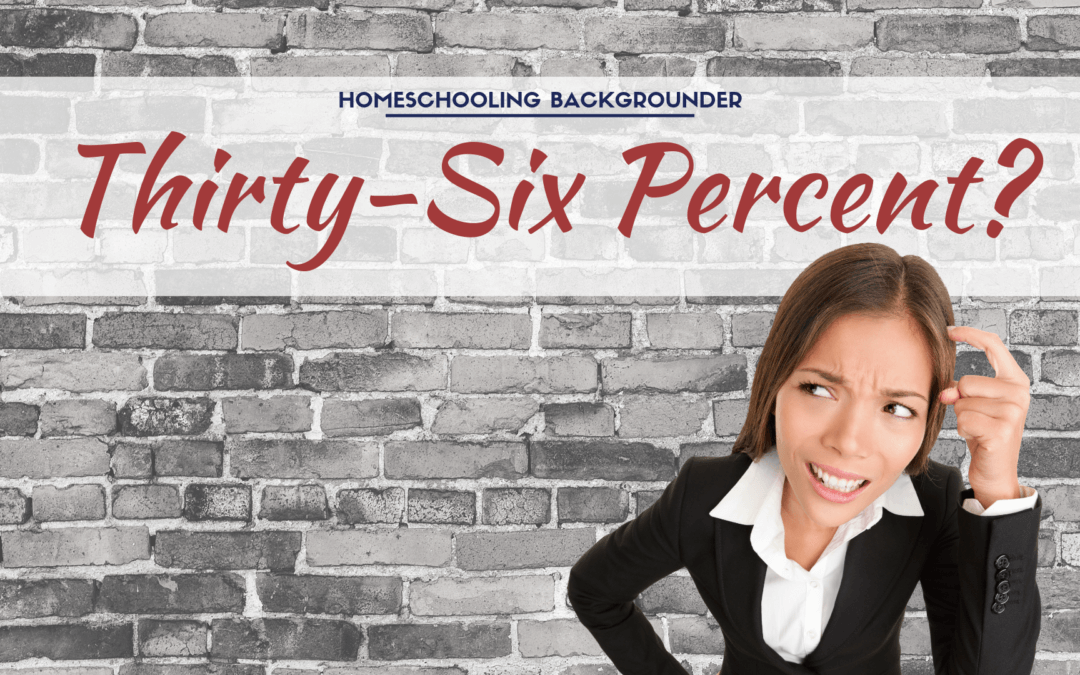 The Coalition for Responsible Home Education (CRHE) — an organization calling for increased government regulation and oversight of homeschooling nationwide — has told Illinois lawmakers and Louisiana lawmakers:

[I]n 2018, a state official in Connecticut found that 36% of children removed from school to be homeschooled lived in families that were subject to at least one prior child abuse or neglect report.

Coleman [CRHE’s executive director] cited a study by Sara Eagan, Connecticut’s child advocate, that looked at six school districts to learn about children who were removed from school to be homeschooled. She found that from 2013-16, 380 students were withdrawn to be homeschooled, and 138, or 36 percent, lived in families that were the subject of at least one prior accepted report to child protective services for suspected abuse or neglect. The majority of the families had a history of multiple prior reports of suspected child abuse or neglect.

Two reasons to be skeptical of this statistic

What CRHE does not say in these statements about the 36% number is important.

Actually, it is even more complicated than that:

The 36% claim has four components: Students removed from school, their families, accepted reports, and whether or not the allegations were substantiated.

Only substantiated reports should be considered. Innocent until proven guilty is the recognized standard. A pattern of false reports by a disgruntled neighbor or former spouse does not indicate child abuse. Neither do honest but mistaken reports. Let the investigation results be our guide, not the allegation itself.

To find how many families there were with actual substantiated cases of child abuse, we:

This means that the number of families with substantiated reports is only a portion of the total group of families having various types of reports.

Small sample of school districts vs. the larger sample

She subsequently subpoenaed a sample of 18 other school districts for their records, presumably to support the earlier findings. All things being equal, larger samples are generally more accurate than smaller samples. As of this writing, the Child Advocate has not released her findings from the larger sample.

The 36% number is about allegations rather than investigation results. And there is more data pending. CRHE misleads lawmakers and the public by omitting these important disclaimers about the 36%.