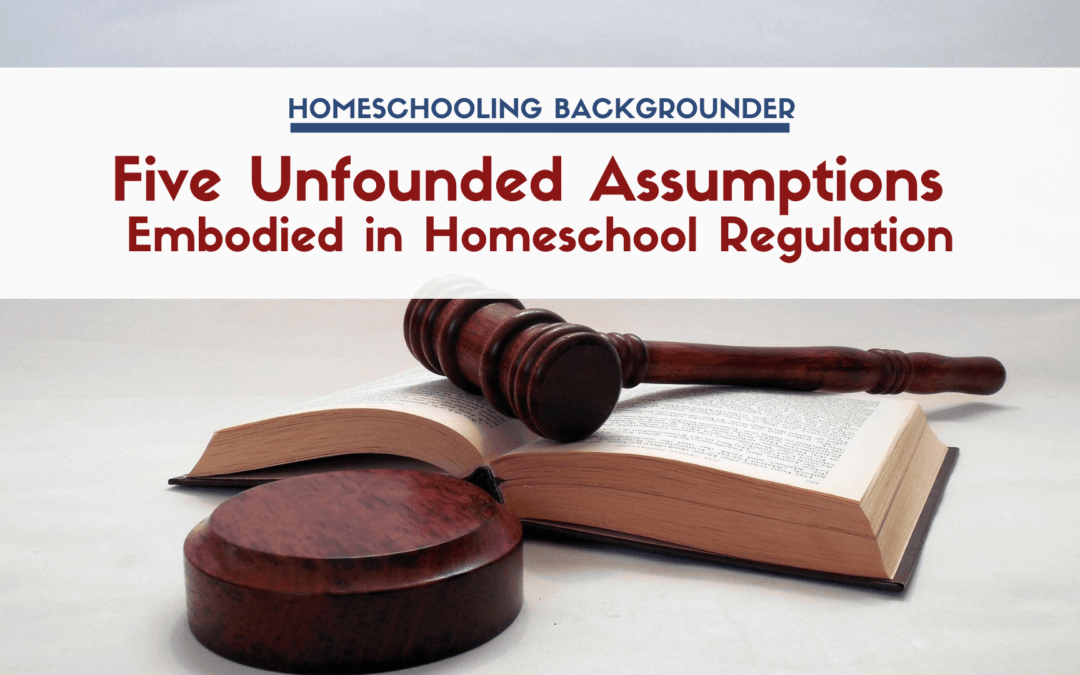 Unfounded assumption #1: Depriving children of the opportunity to homeschool does not harm them

The chart shows homeschooling gives the same academic boost to children, regardless of their ability level. This data is from state-mandated, nationally-normed standardized testing of Oregon homeschooled students.

Data from other states, such as Arkansas and Idaho, also show above average homeschool academic achievement. But we use the Oregon data because Oregon has the only body of data which is detailed enough to allow us to estimate a reliable curve for homeschool standardized test scores.

The boost shown in the chart is consistent with the fact that 11 out of 14 peer-reviewed studies provided evidence that homeschooling has a definite positive effect on academic achievement.

But despite this documented homeschool academic boost, in some US states there are individual children being prohibited from homeschooling based on either test scores or parent education requirements. This cuts those children off from the higher achievement homeschool environment. In so doing, these states harm the children they are depriving of the opportunity to homeschool.

Test scores are used in some states to disqualify a student from further homeschooling.

There is no mathematical basis to prohibit a student from homeschooling because of a low test score, just as it is does not make sense to bar a student with a low score from public school. The mathematical logic is the same in both cases. Someone has to have a low score when you are grading on the curve, as is done with standardized tests.

A related misuse of test scores is to block further homeschooling if a student’s academic achievement does not advance a full year’s worth in any particular year. This happens in public schools too, because children are not machines always meeting adults’ expectations.

Arbitrarily prohibiting a child from homeschooling because of a low test score (or other assesment) is without basis, as is expecting them to always keep their same place on the curve from year to year.

An analysis of 2008 nationwide data on homeschooling found “It is notable, however, that parents’ education level explains only 2.5% of the variance in the [standardized test] scores and, at every grade level, the mean performance of homeschool students whose parents (both, if two) do not have a college degree is higher than the mean performance of students in public schools; their percentiles are at the 80th percentile or above.”

Oregon (the source of data for the chart above) does not regulate on the basis of parent education. Parents without high school diplomas are free to homeschool their children. But there are no detectable signs of excess low test scores (see the three graphs just before the Appendix) in the Oregon homeschool achievement curve.

Unfounded assumption #4: The public school is better for a specific child than homeschooling is

Some states have legal provisions which prohibit homeschooling a child who has low test scores or where the parent does not meet some minimum education level.

Those children are required to attend traditional schools (usually public schools) without evidence that the specific child will do better in the mandated school than in the homeschool.

An analysis of the Oregon homeschool data found no indication that Oregon regulations helped homeschooled students.