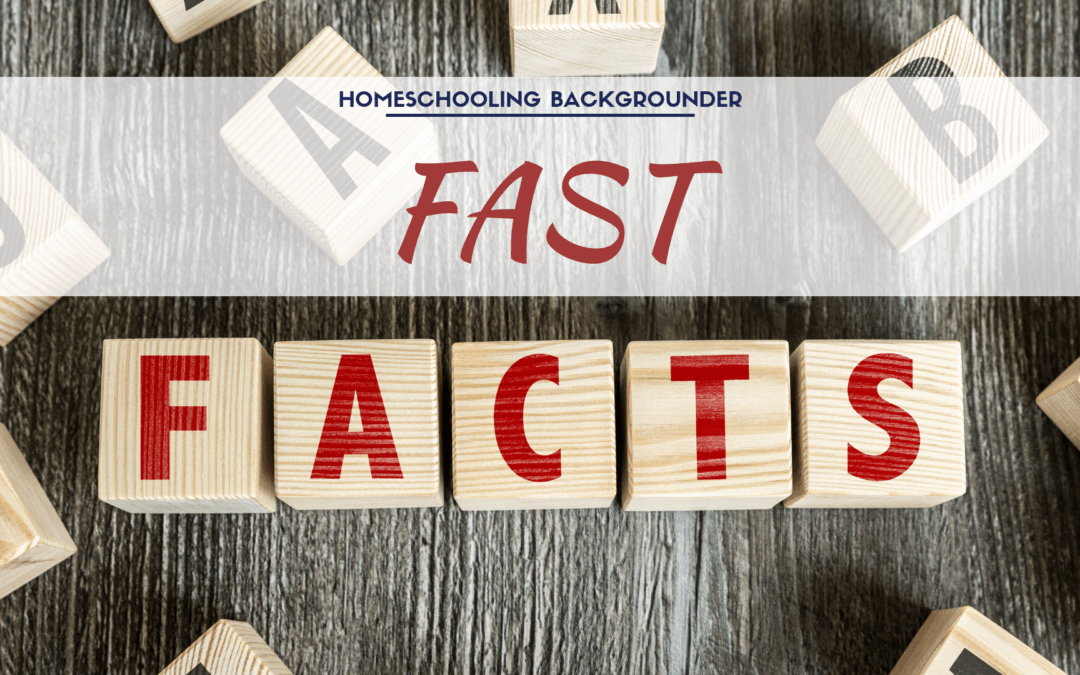 An estimated 3.1 million students were homeschooled in the United States during the 2021-2022 school year.

Percent of U.S. households with school-aged children that are homeschooling:
(census.gov)

Homeschoolers as a group live below the national average income level.
(nytimes.com)

Parents homeschool for these reasons (among others):
(nces.ed.gov)

The typical homeschooled student is well-socialized

Socialization is the process of gaining the abilities and motivations necessary to function well as a member of society. In recent research, homeschoolers have demonstrated the sufficiency of their socializing experiences, on some issues showing better results than conventional schools.
(stetson.edu)

Regulation does not help homeschooled students

Homeschool academic achievement is not boosted by regulations.
(homeschoolingbackgrounder.com)

There is no evidence that regulating homeschoolers protects homeschooled students from child abuse.
(nheri.org)

Most existing state/provincial homeschool regulations are based on assumptions known to be unfounded.
(homeschoolingbackgrounder.com)