Question: Is the observed high academic achievement of homeschoolers due to the method of education or just due to homeschooler demographics?

Homeschool critics prominently voice — without supporting evidence — conjectures such as these from Lubienski, Puckett and Brewer (pages 383-384):

Although there is little dispute that homeschooling children typically attain higher test scores on average, the question is whether homeschooling causes better achievement (or engagement, or higher education participation, etc.). Outcomes such as increased achievement and engagement may simply be a reflection of the advantages that homeschooling families typically bring to their children — advantages that would make it likely that these students would succeed academically and in life even if they were educated in schools…

[H]igh-achieving students who are homeschooled might very well still reap the benefits of their socioeconomic advantages if they were enrolled in a public school. It follows that the children of parents who homeschool could fare at least as well in public school as they do in the private realm of the home.

Demographics is not destiny for homeschoolers

But the data contradicts this assertion that demographics determine academic outcomes for homeschoolers. 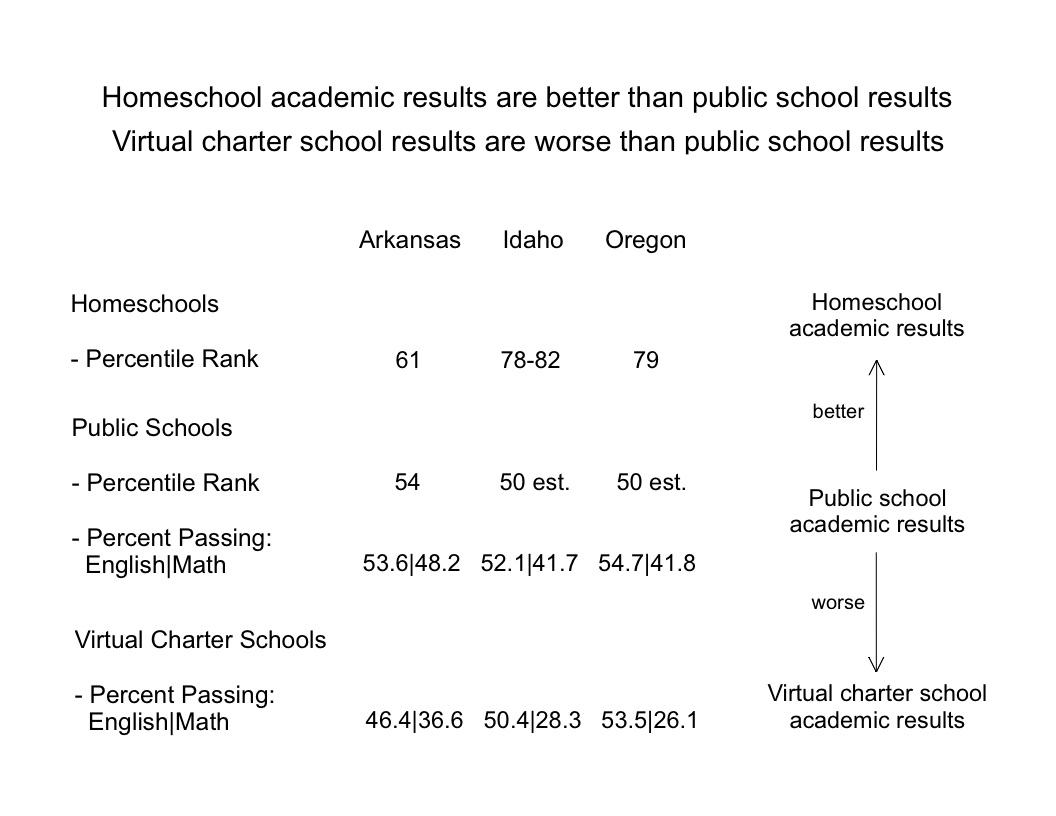 These higher homeschool test scores defy — are a counter-example to — the traditionally understood effects of race/ethnicity and income on academic achievement. No “demographics-only” theory of homeschool achievement would predict the pattern we see here.

Apparently, factors associated with type of education outweigh demographic factors when it comes to education achievement.

Public schools are no substitute for homeschooling

What is the unique factor in homeschooling? It is parent commitment. That commitment leads to both:

Parents who put their children in public school send them away for 6 to 7 hours per day. During that time the parent is not available to give the child individualized, tutorial instruction.

The parents also cede responsibility for, and control of, the education to the school. They can only give supplementary instruction — or do damage control as the case may be.

Committed parents are the deciding factor in homeschool success. There is no substitute.

There is credible evidence that homeschool academic success has contributing factors beyond just demographics. Homeschool-related factors, such as parent commitment, are likely associated with a large part of the academic boost among homeschooled students.

The claim that homeschooled students could do just as well in public school because of “their socioeconomic advantages” disregards what would happen to parent commitment and its out-workings if their children were in the public school.